Ordinary pure water has no distinct taste, but how about heavy water – does it taste sweet, as anecdotal evidence going back to 1930s may have indicated? And if yes – why, when D2O is chemically practically identical to H2O, of which it is a stable naturally-occurring isotope? These questions arose shortly after heavy water was isolated almost 100 years ago, but they had not been satisfactorily answered until now.

Now, researchers Pavel Jungwirth and Phil Mason with students Carmelo Tempra and Victor Cruces Chamorro at the Institute of Organic Chemistry and Biochemistry of the Czech Academy of Sciences (IOCB Prague), together with the group of Masha Niv at the Hebrew University of Jerusalem and Maik Behrens at the Technical University of Munich, found answers to these questions using molecular dynamics simulations, cell-based experiments, mouse models, and human subjects. In their research article published in Communications Biology, they show conclusively that, unlike ordinary water, heavy water tastes sweet to humans but not to mice, with this effect being mediated by the human sweet taste receptor.

D2O should not be chemically distinct

Heavy water (D2O) differs from normal water (H2O) by an H-D isotopic substitution only, and as such, should not be chemically distinct. Leaving aside a trivial 10% change in density due to the doubled mass of D compared to H, differences in properties of D2O vs H2O, such as pH or melting and boiling points, are indeed very small. These differences are solely due to nuclear quantum effects, namely, changes in zero-point vibrations, which lead to a slightly stronger hydrogen bonding in D2O than in H2O.

“Despite the fact that the two isotopes are nominally chemically identical, we have shown conclusively that humans can distinguish by taste (which is based on chemical sensing) between H2O and D2O, with the latter having a distinct sweet taste,” comments Pavel Jungwirth on the principal result of their study.

In their work, the authors complement taste experiments on human subjects with tests on mice and on HEK 293T cells transfected with the human sweet taste receptor TAS1R2/TAS1R3, and with molecular modelling. The results consistently point to the fact that the sweet taste of heavy water is mediated in humans by the TAS1R2/TAS1R3 receptor. Future studies should be able to elucidate the precise sites and mechanisms of action, as well as the reason why D2O activates TAS1R2/TAS1R3 in particular, resulting in a sweet (but not other) taste.

While clearly not a practical sweetener, heavy water provides a glimpse into the wide-open chemical space of sweet molecules. Since heavy water has been used in medical procedures, the finding that it can elicit responses of the sweet taste receptor, which is located not only on the tongue but also in other tissues of the human body, represents an important information for clinicians and their patients. Moreover, due to wide application of D2O in chemical structure determination, chemists will benefit from being aware of the present observations.

Finally, it is worth mentioning that 86 years ago, Science published a short letter by H. C. Urey, Nobelist for the discovery of deuterium (H. C. Urey & G. Failla, Science, 81, 273, 1935), stating authoritatively that D2O is undistinguishable from H2O by taste, which had a strong albeit misleading effect on the ongoing discussion about the subject.

“Our study thus resolves an old controversy concerning the sweet taste of heavy water using state-of-the-art experimental and computer modelling approaches, demonstrating that a small nuclear quantum effect can have a pronounced influence on such a basic biological function as taste recognition,” concludes Pavel Jungwirth. 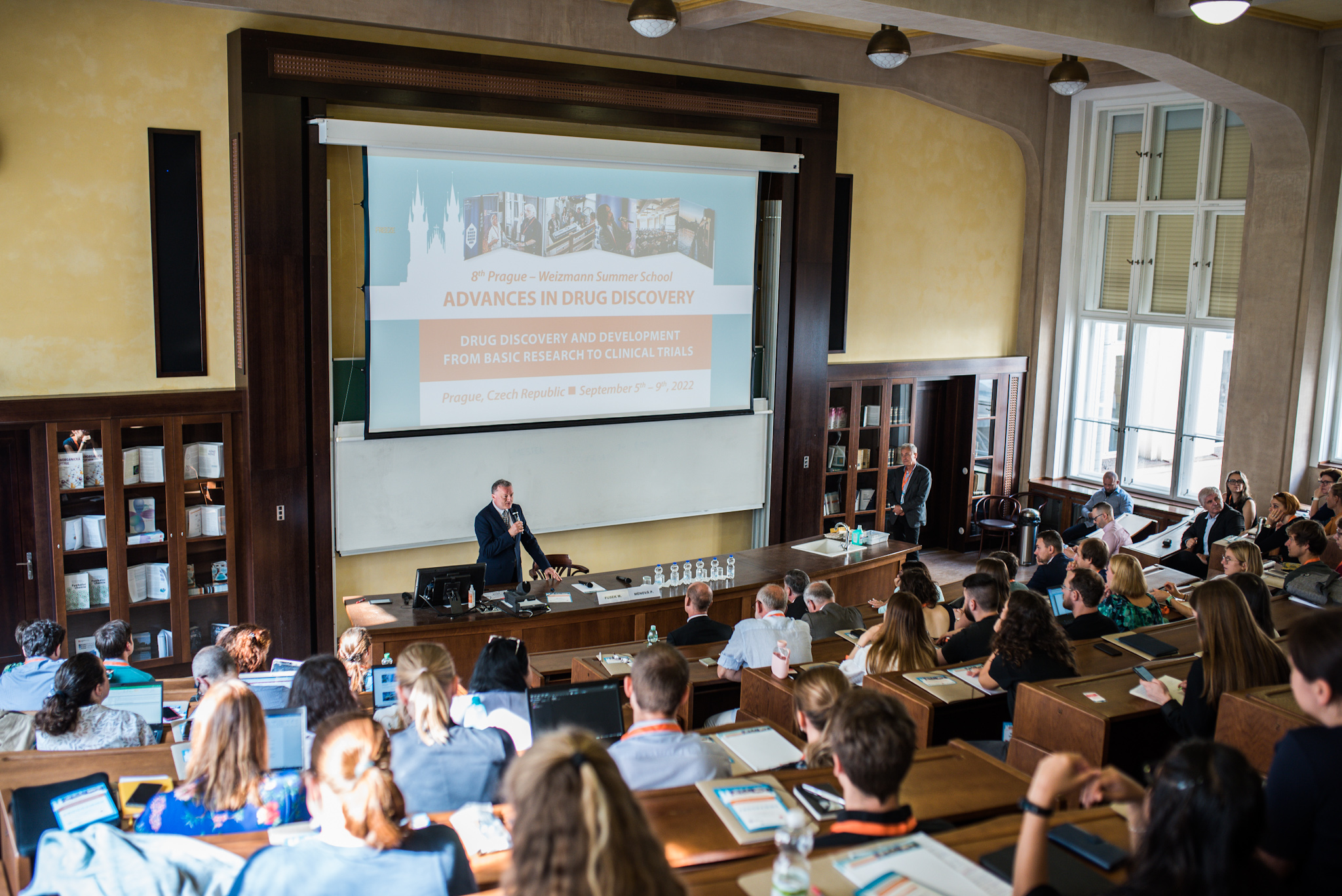 Students from all over the world have come to Prague to learn about the latest in drug discovery
In discovering new drugs, researchers often employ unusual methods and techniques capable of reducing the cost of the process while also accelerating it. Artificial intelligence,…
Continue reading