Guanine-rich nucleic acid sequences can form secondary structures called G-quadruplexes. These are composed of square planar guanine tetrads stacked on top of one other and connected by loops. G-quadruplexes were initially identified in telomeric regions, but also occur in other parts of genomes such as promoters. They mediate a range of important functions and play different biological roles.

The research group of Edward Curtis in collaboration with Václav Veverka wanted to better understand the factors which control G-quadruplex biochemical specificity. This is important because eukaryotic genomes contain hundreds of thousands of G-quadruplexes and little was known about how sequence influences their properties and biochemical activities.

To answer this question, the scientists analyzed a library of 496 variants of a monomeric reference G-quadruplex. The biochemical activities studied were the ability to bind GTP, to promote a model peroxidase reaction using hemin as cofactor, and to generate fluorescence. As G-quadruplexes can be formed by multiple nucleic acid strands, the ability to form dimers and tetramers was also studied.

These screens showed that mutations in the central tetrad of the reference G-quadruplex have a bigger influence than mutations in loops. This behaviour can be explained by changes in multimeric state which preserve tetrad structure. In addition, they revealed that these biochemical functions are correlated with the multimeric state of the G-quadruplex. For example, the tetrameric structures preferentially bind GTP in comparison with the dimers, which instead preferentially catalyze the peroxidase reaction. In addition, the high-resolution structure of one of the most active sequences in the library was determined using NMR analysis. This helped to rationalize the biochemical specificities of the monomers in the library.

The results published in Nucleic Acids Research with Martin Volek as the first author show that the sequence requirements of G-quadruplexes with different functions are, in the case of these examples, overlapping but distinct. This model has implications for biological regulation and drug design. Graphene acid as material for metal sorption
Access to drinking water is one of the largest health problems. Heavy metals are considered the primary pollutants released during unregulated mining or electronics and battery…
Continue reading 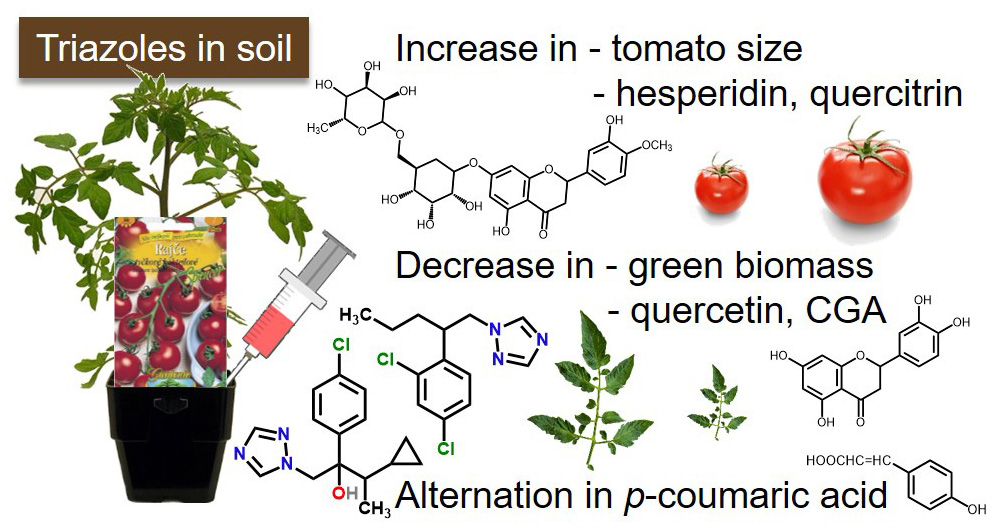 The influences of triazole fungicides in soil on tomato plants
Fungi are the most common plant pathogens causing lower crop yields and some of them produce harmful mycotoxins. Triazoles are widely used in huge quantities as relatively cheap…
Continue reading