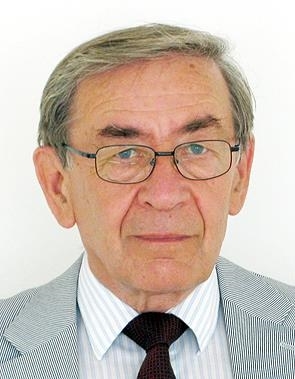 CV
I am engaged in the electrochemical research since 1963. I published 185 original papers from the field of electrode kinetics. Research includes also the electrochemical instrumentation for various relaxation techniques and computer controlled data acquisition systems. I was engaged as a consultant for the development of electrochemical instrumentation. After 1989 I was appointed a head of a research team, a member and the chairman of the scientific board of the J. Heyrovsky Institute of Physical Chemistry. My electrochemical research concerned mainly the mechanism and kinetics of electrode reactions, adsorption phenomena, nucleation-growth effects, electrocatalysis of nitrogen to ammonia transformation at ambient conditions, electron transfer reactions of host-guest complexes of pesticides, oscillating reactions, and in situ spectroelectrochemistry (UV-vis, FTIR, ECD). I was a member of the Management Committee of European research program “Interfacial chemistry and catalysis” within COST (1993-2009) and coordinator of three research networks including institutions in Italy, France, Germany and Czechia. Main achievements during the past years included the electron transfer of new pyridinium derivatives (extended viologens, helquats, polypyridiniums), oscillatory phenomena, the verification of the Feigenbaum constant for prediction of the deterministic chaos, development of in situ electronic circular dichroism, the electrochemical formation of gold carbon bonds for direct alkylation of gold surfaces by de-mercuration of alkyl-mercury compounds, intramolecular donor acceptor interactions of oxidized tetrathiafulvalene oligomers. Currently I am engaged in the research of single molecule conductance and communication of redox centers. This involves experimental and programing work. Collaboration with institutes abroad included several long-term stays at the Georgetown University (Washington D.C.), CNRS Meudon (France), Université Libre de Bruxelles, Università di Firenze, Universita degli Studi di Pisa, Universita degli Studi di Torino. I was a guest professor at Ecole Normale Superieure de Chimie (Paris), and a guest researcher at the University of Colorado.
My free time activity included mountain sports and classical music. Some 15 years ago I was a leader of four expeditions to Himalayas and climbed, beside others, two six thousand high peaks. For many years, I am the parish organist. I also play double-bass in two amateur symphonic orchestra and other ensembles, which perform about 10 to 20 concerts per year. I am married having two daughters and seven grandchildren.